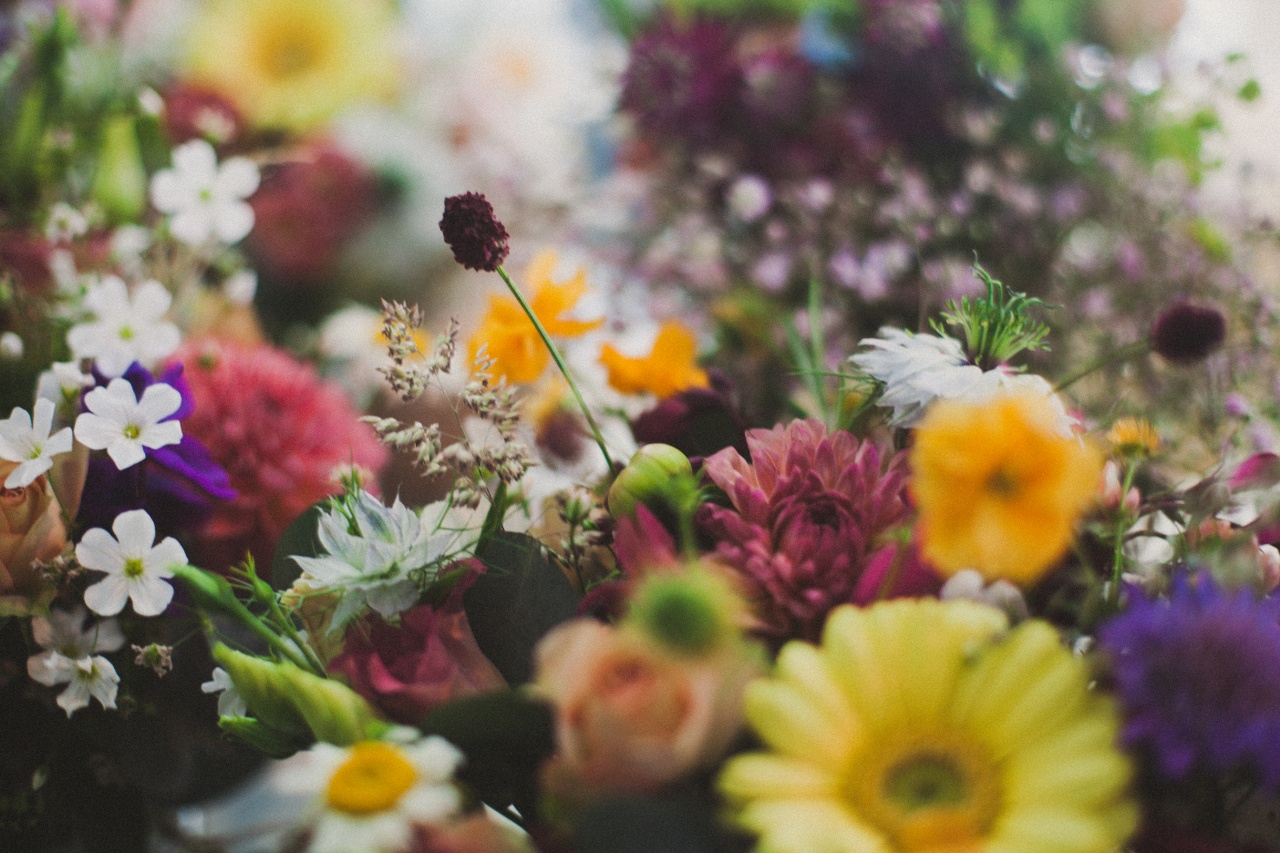 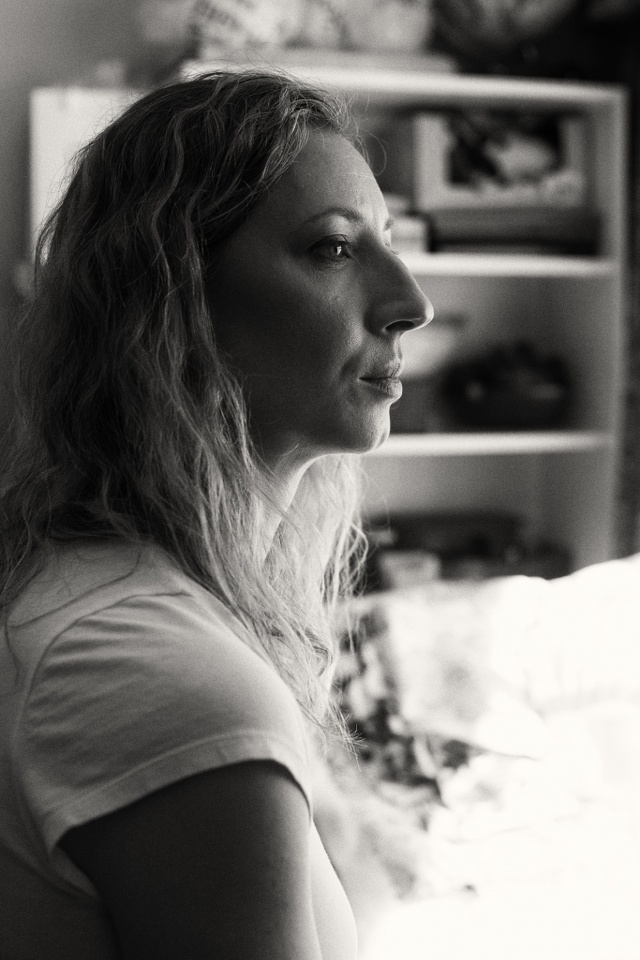 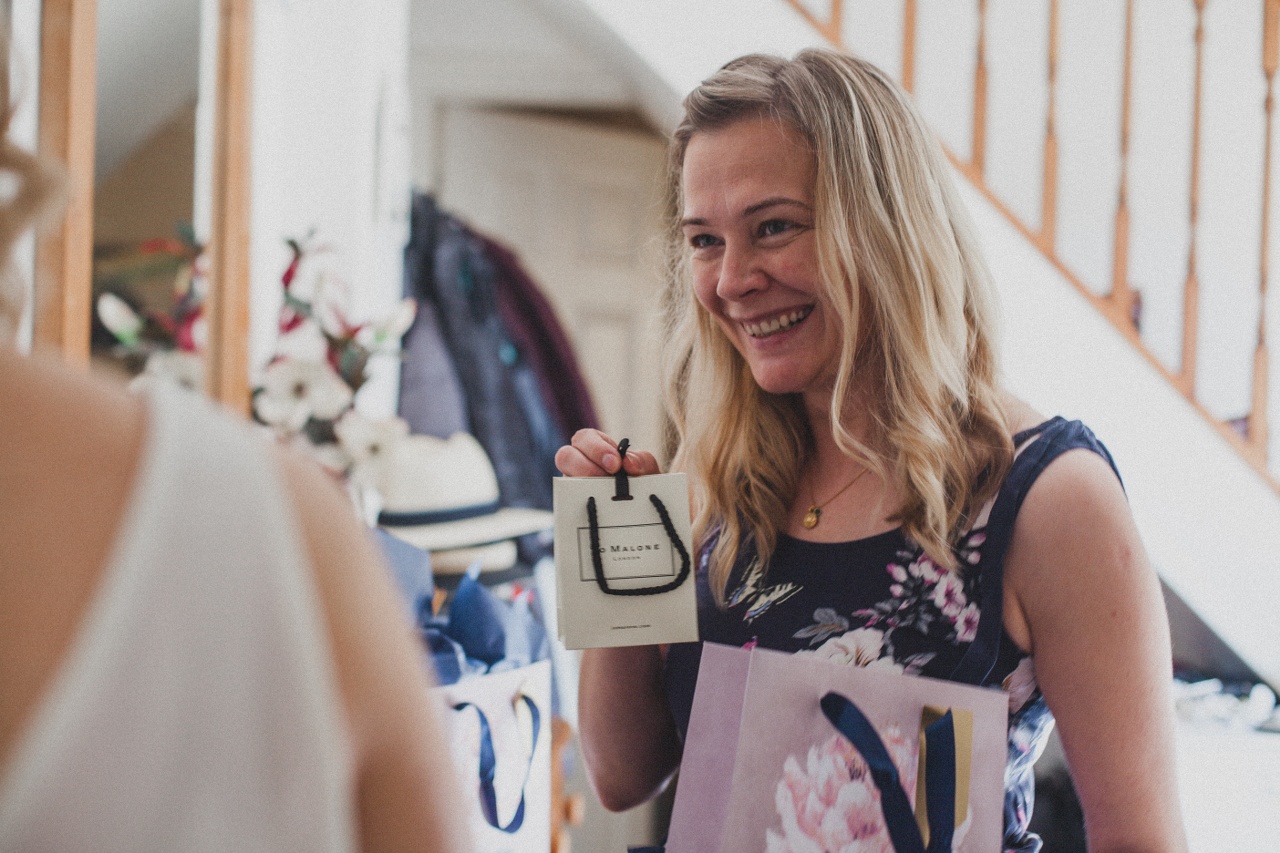 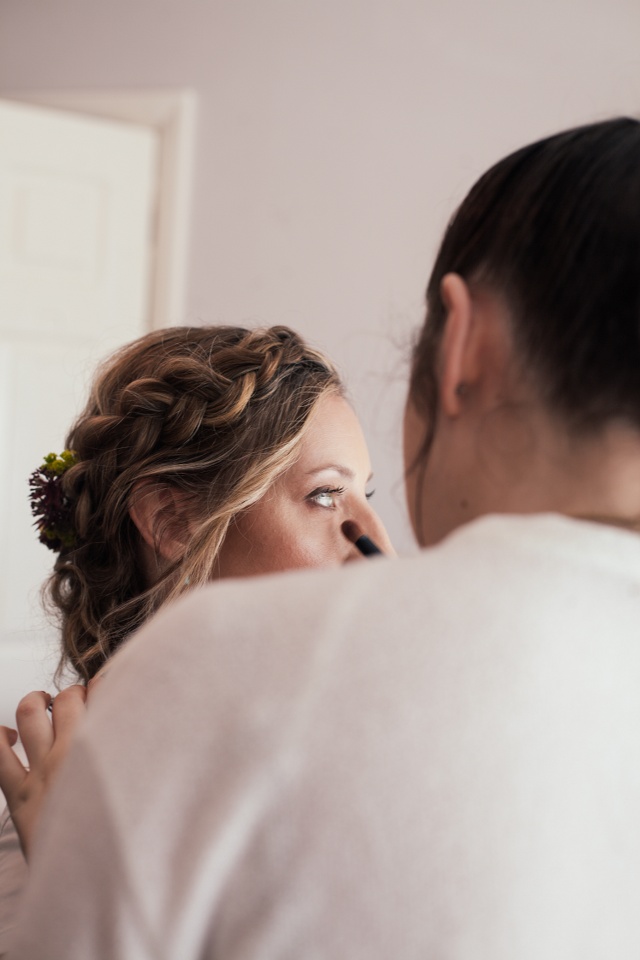 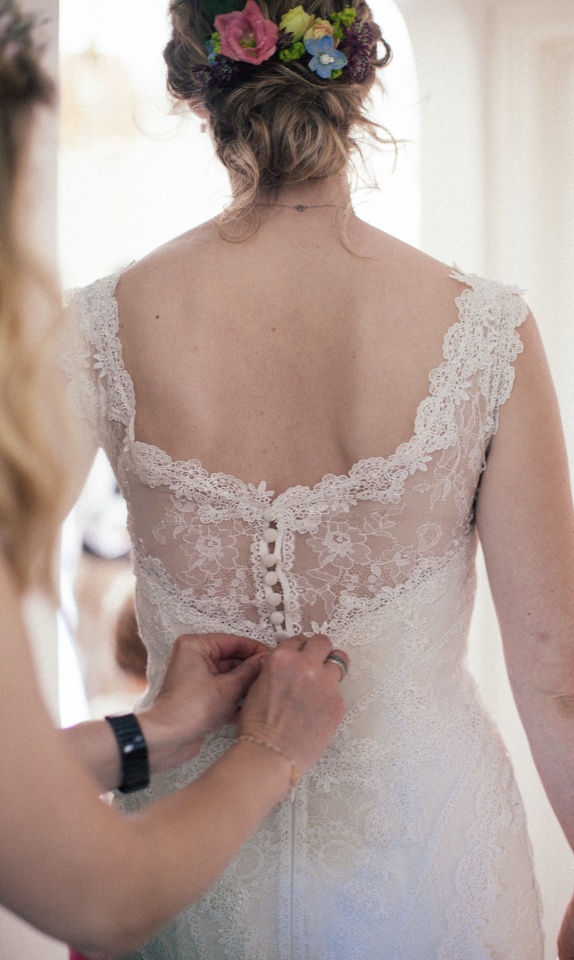 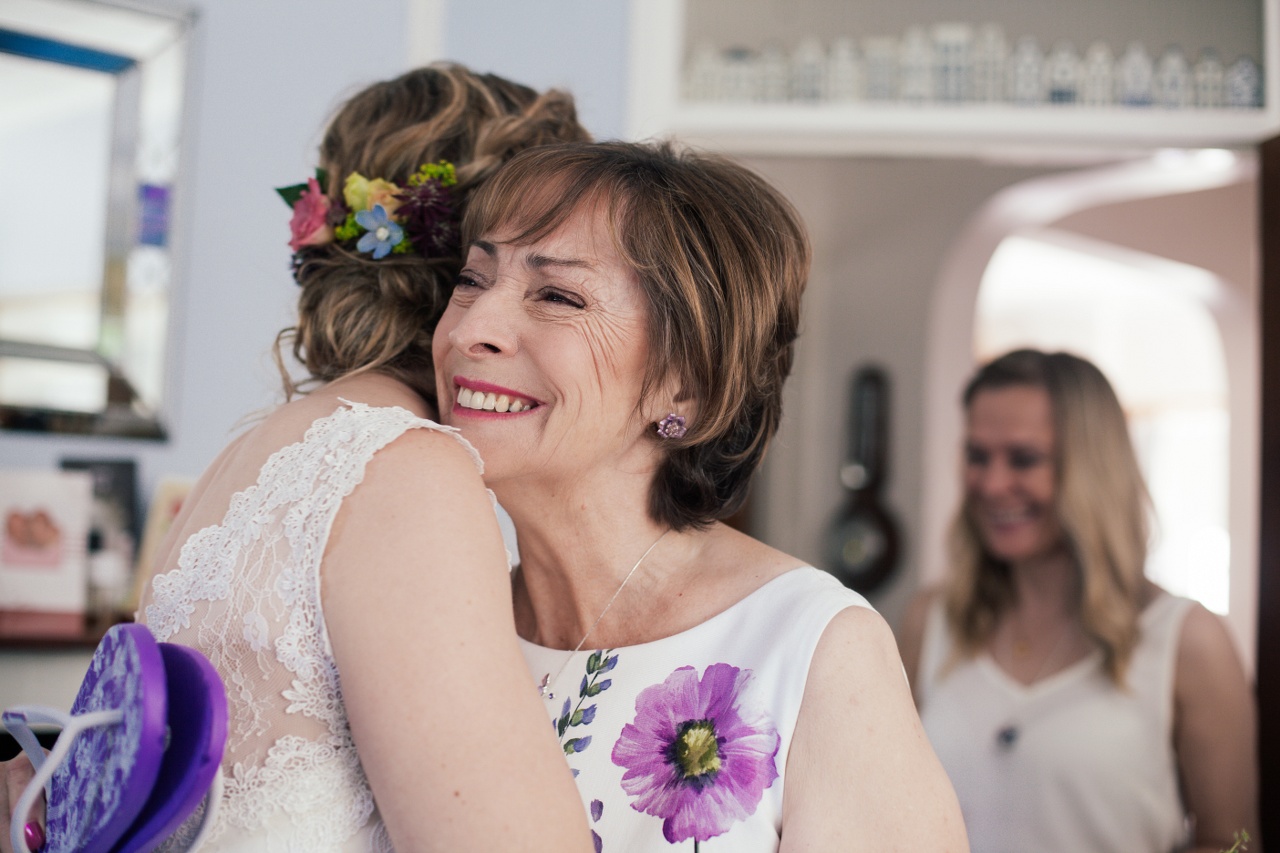 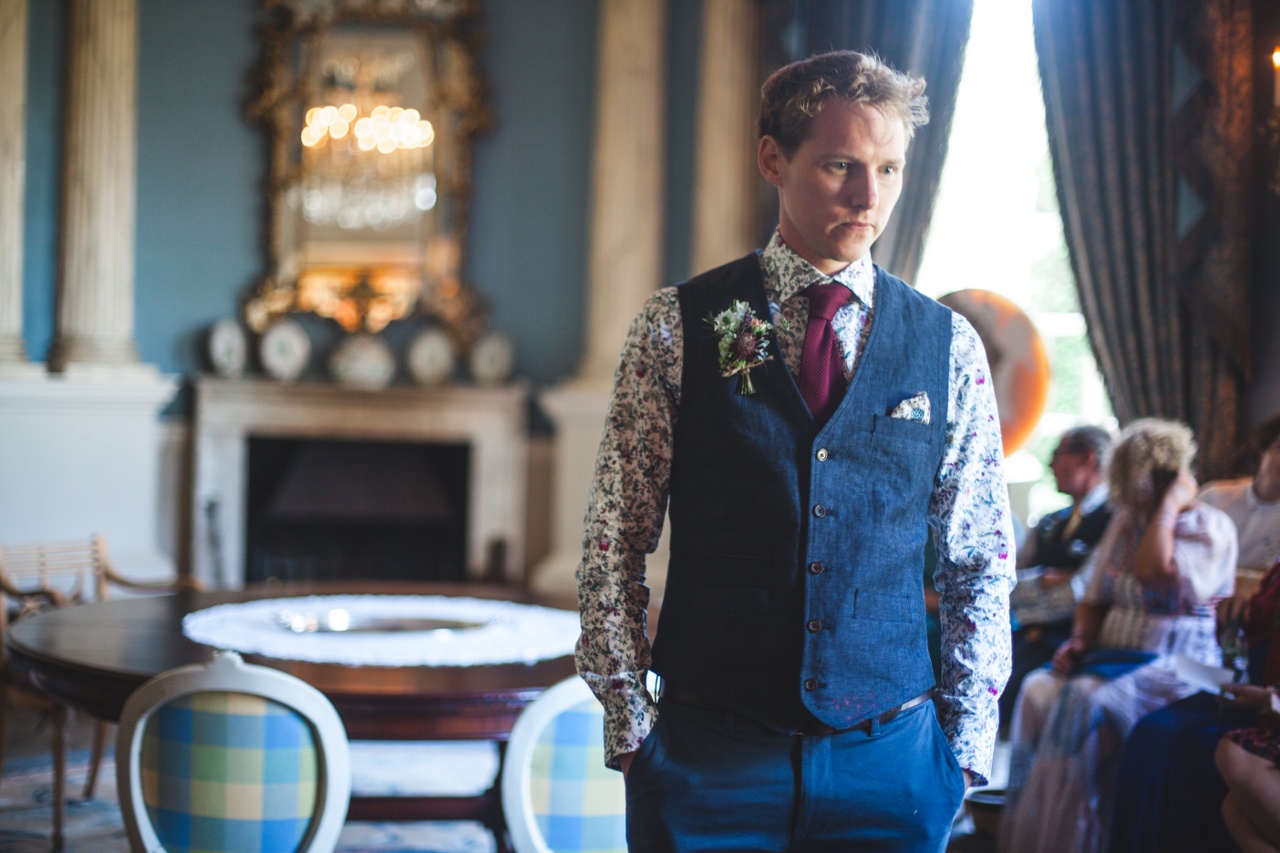 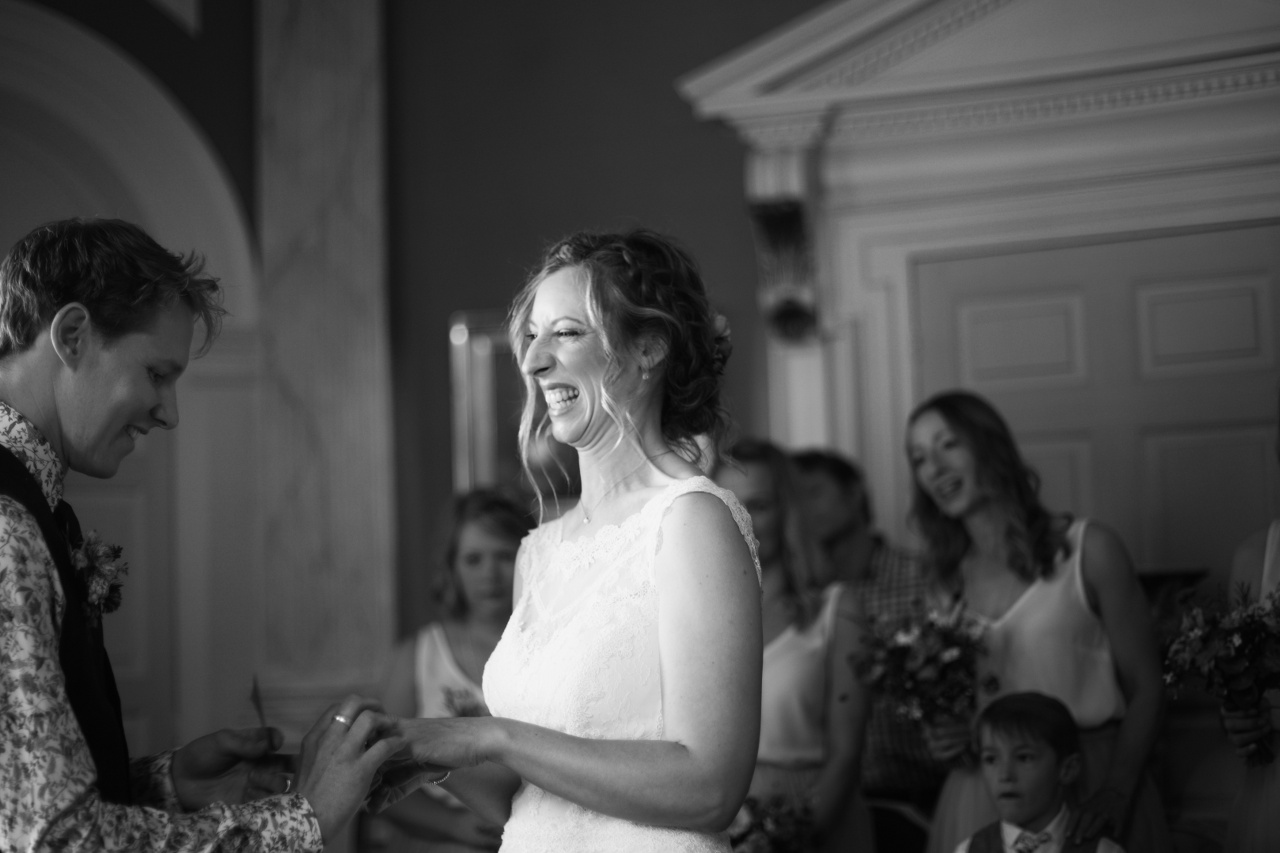 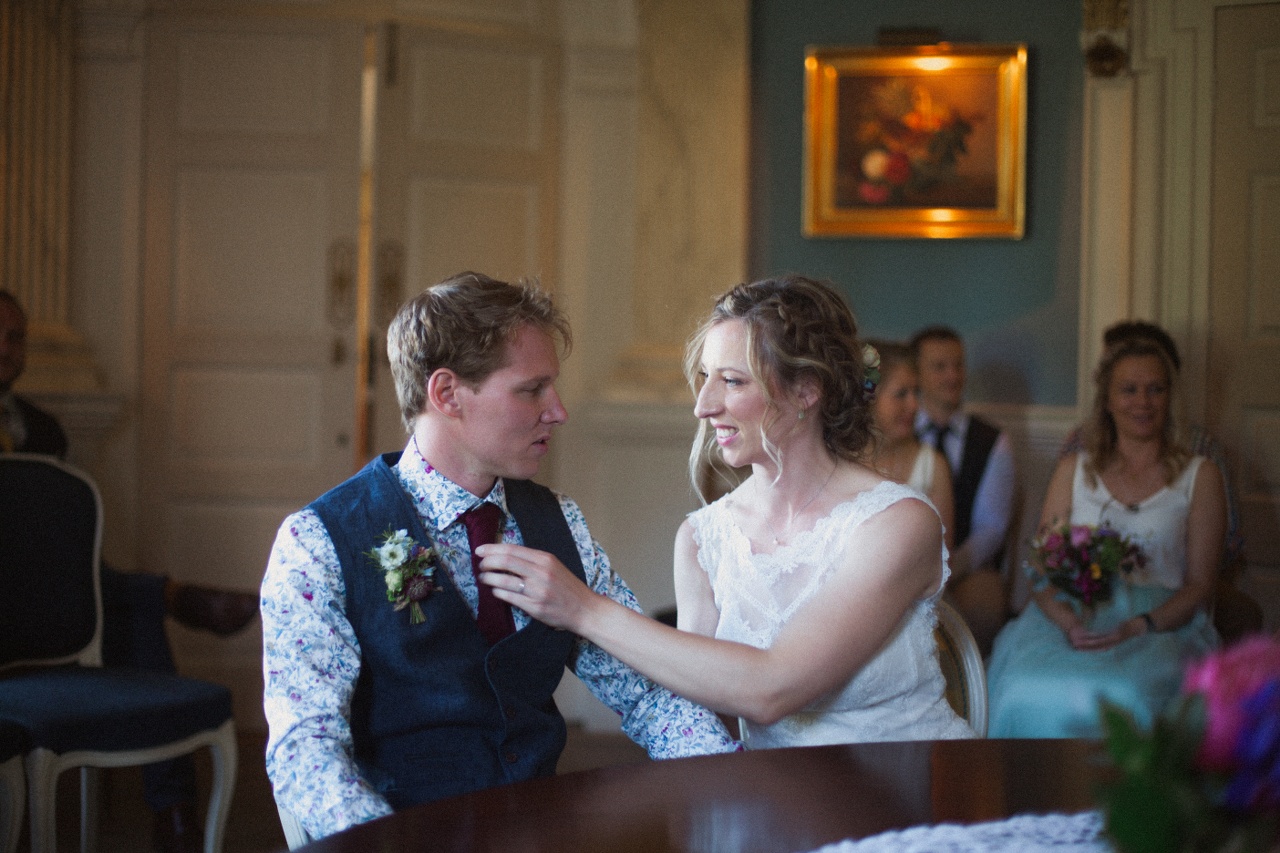 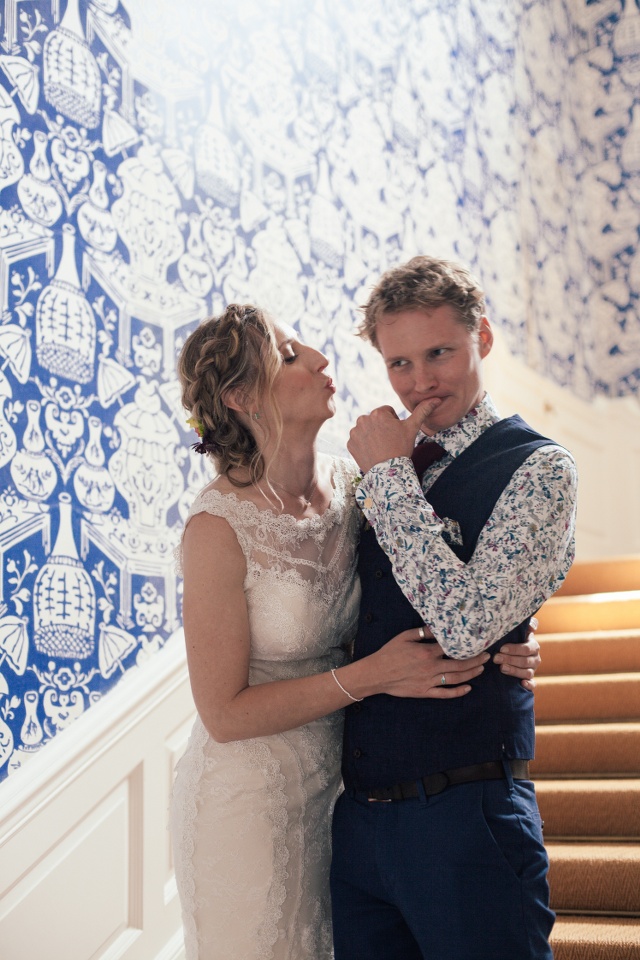 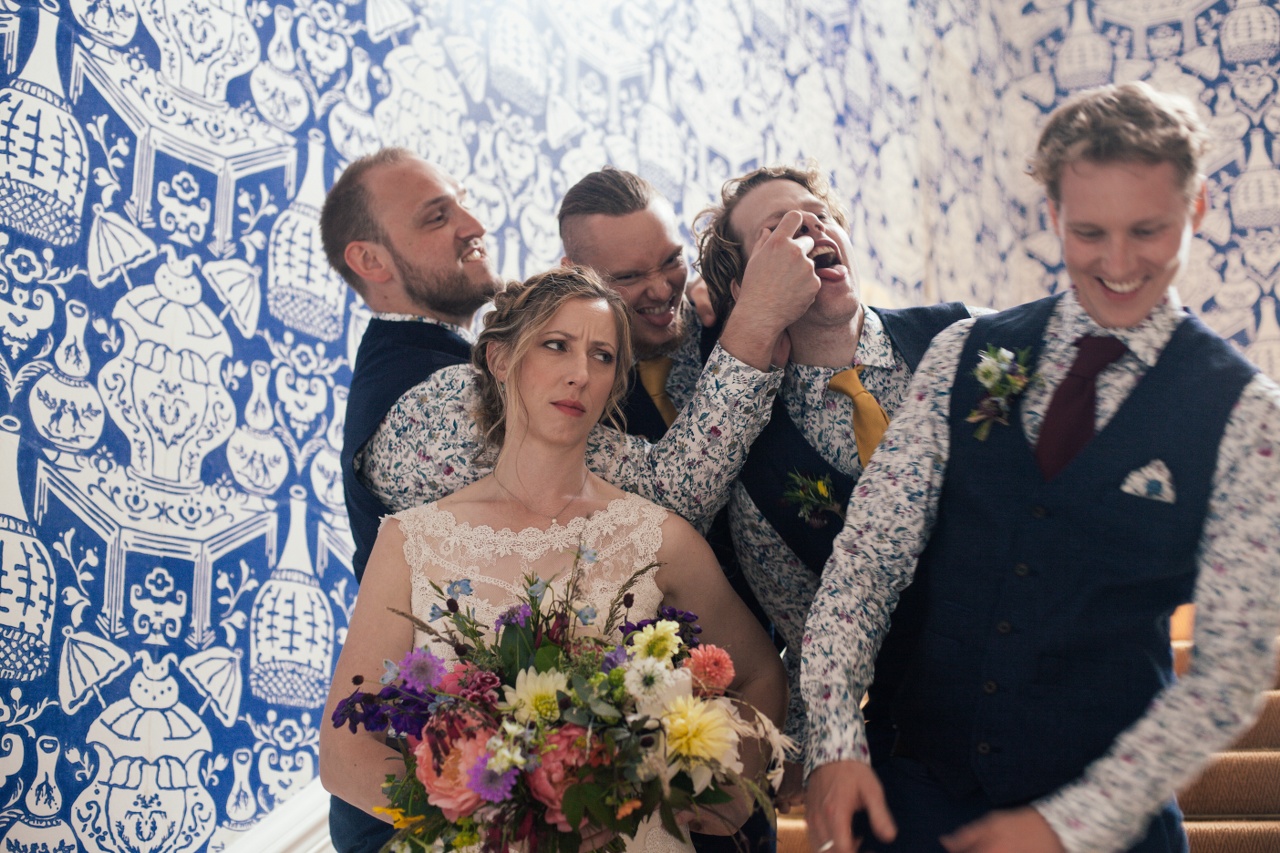 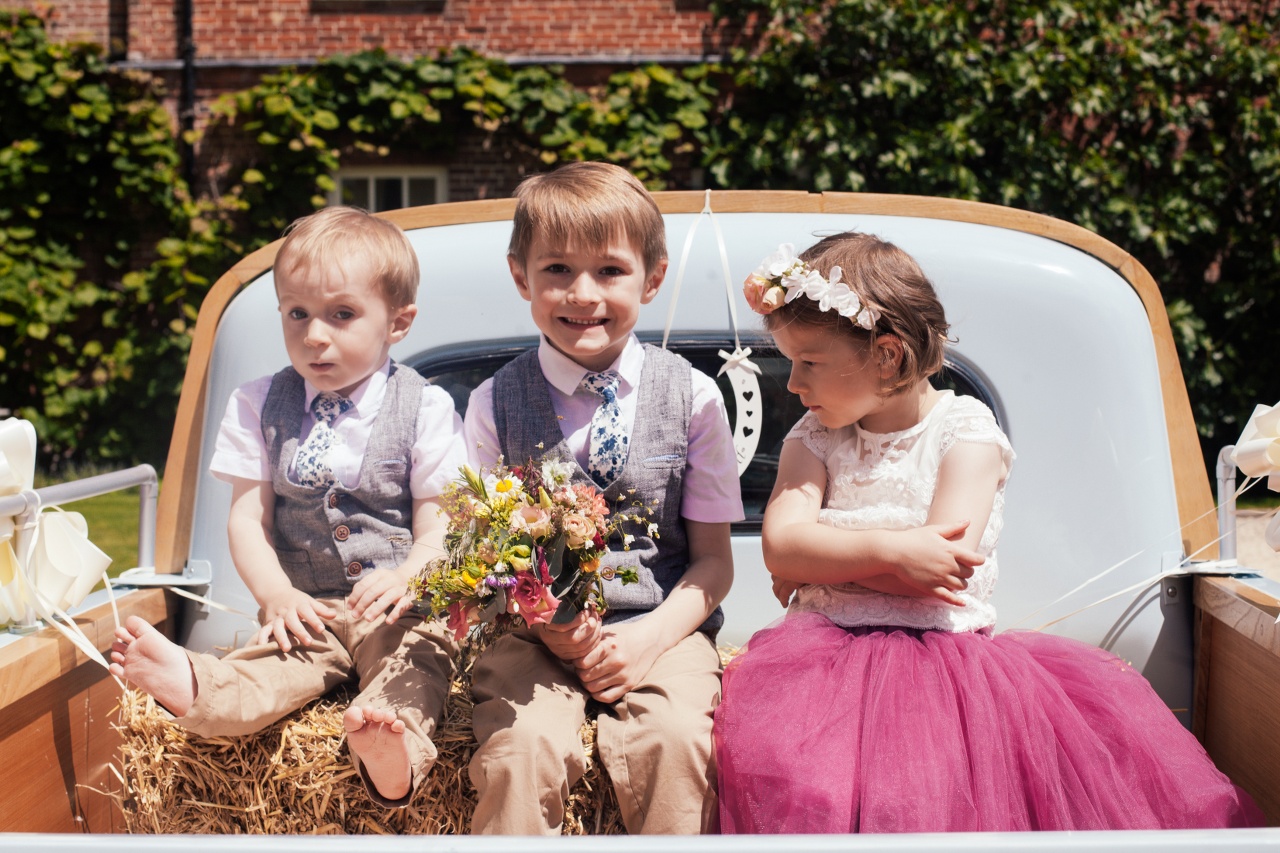 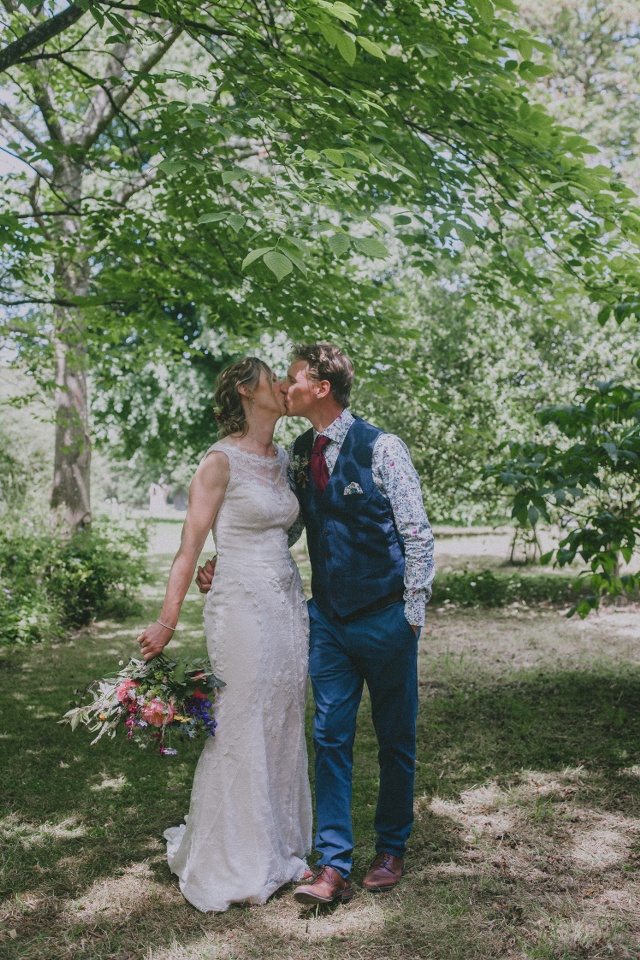 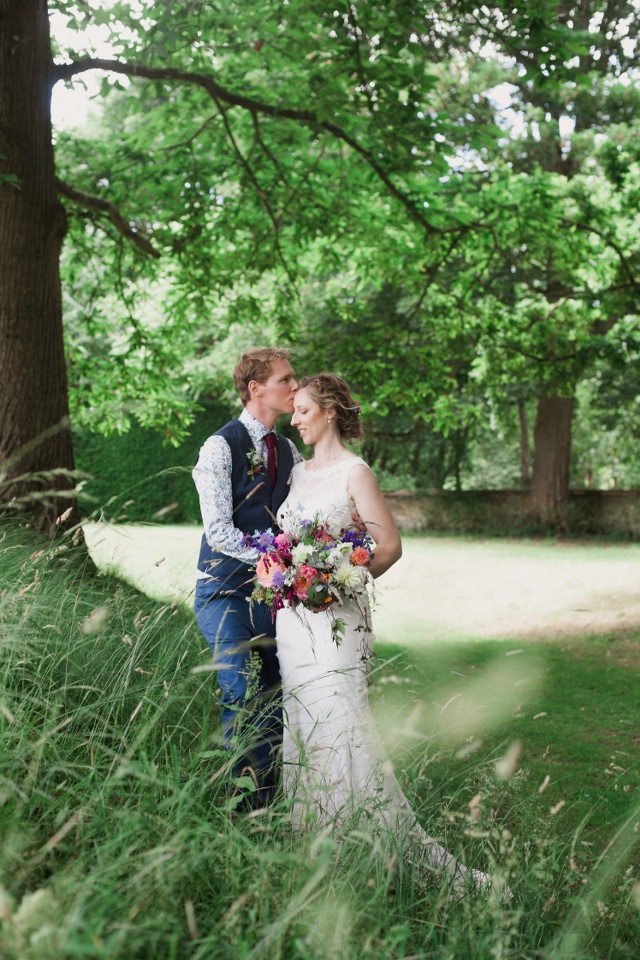 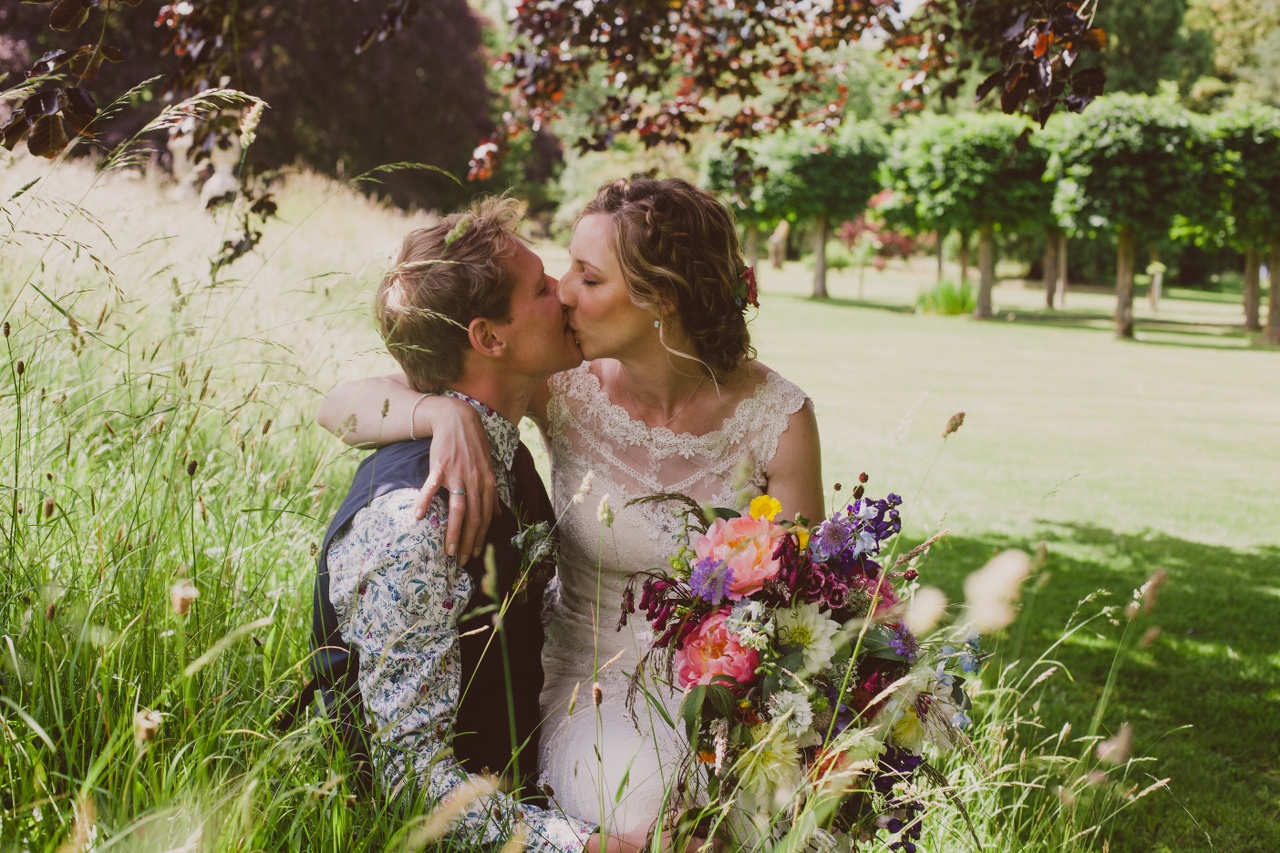 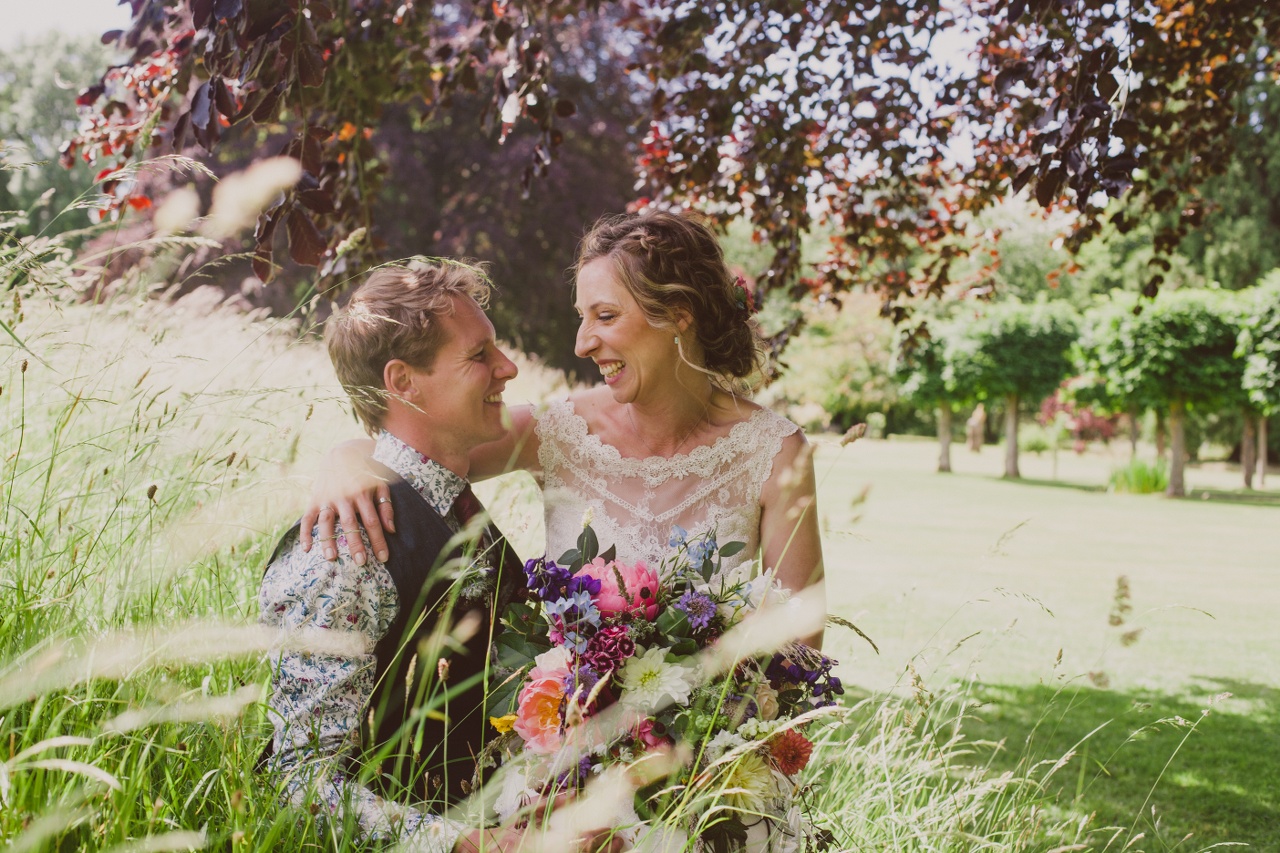 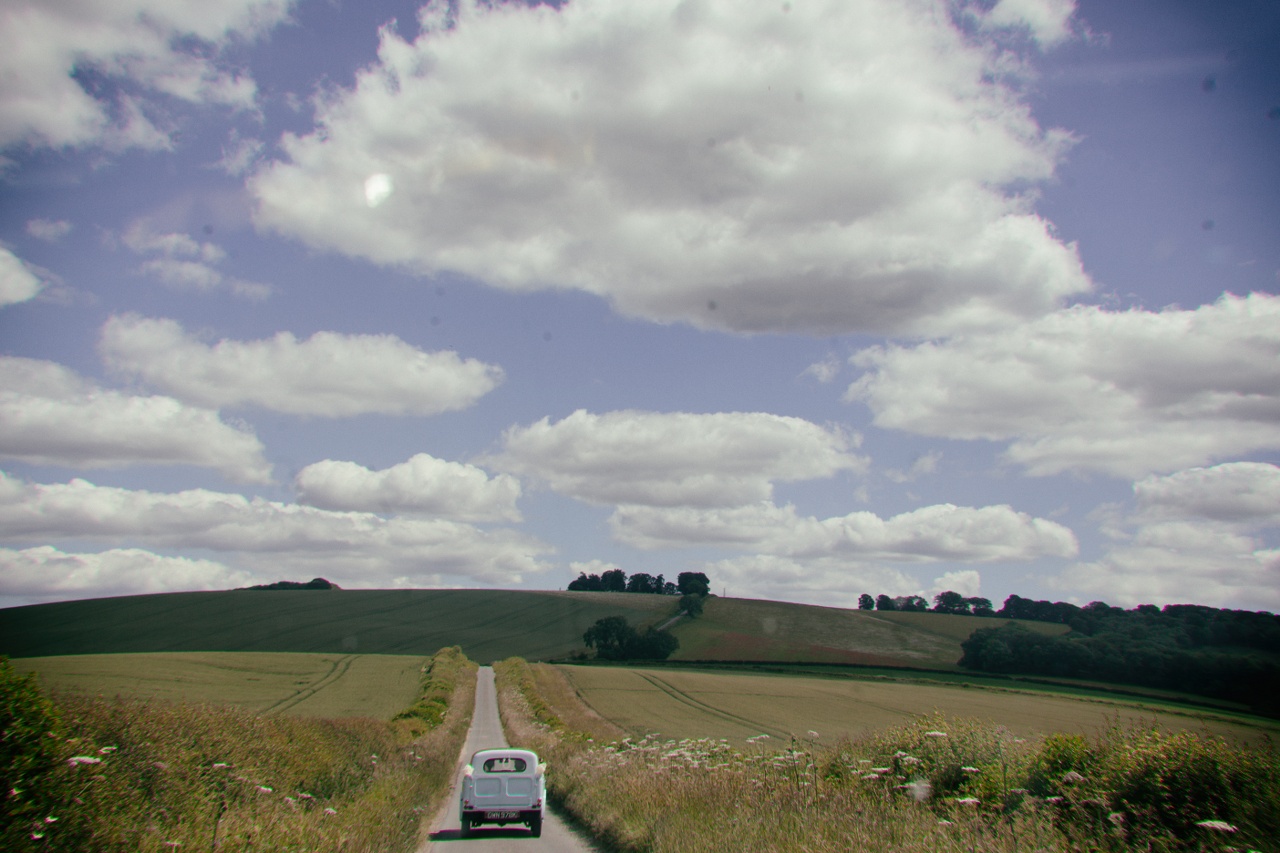 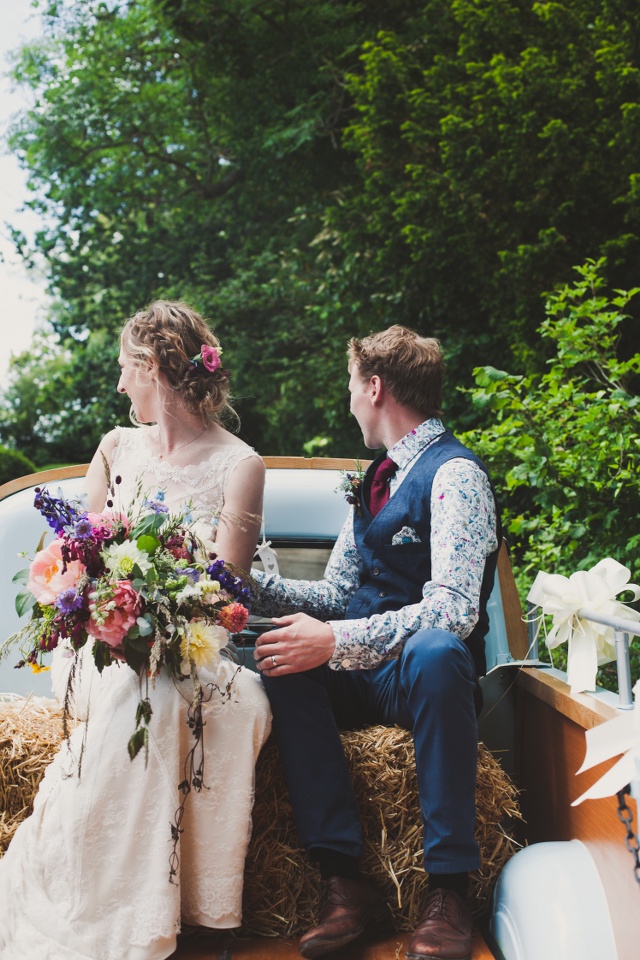 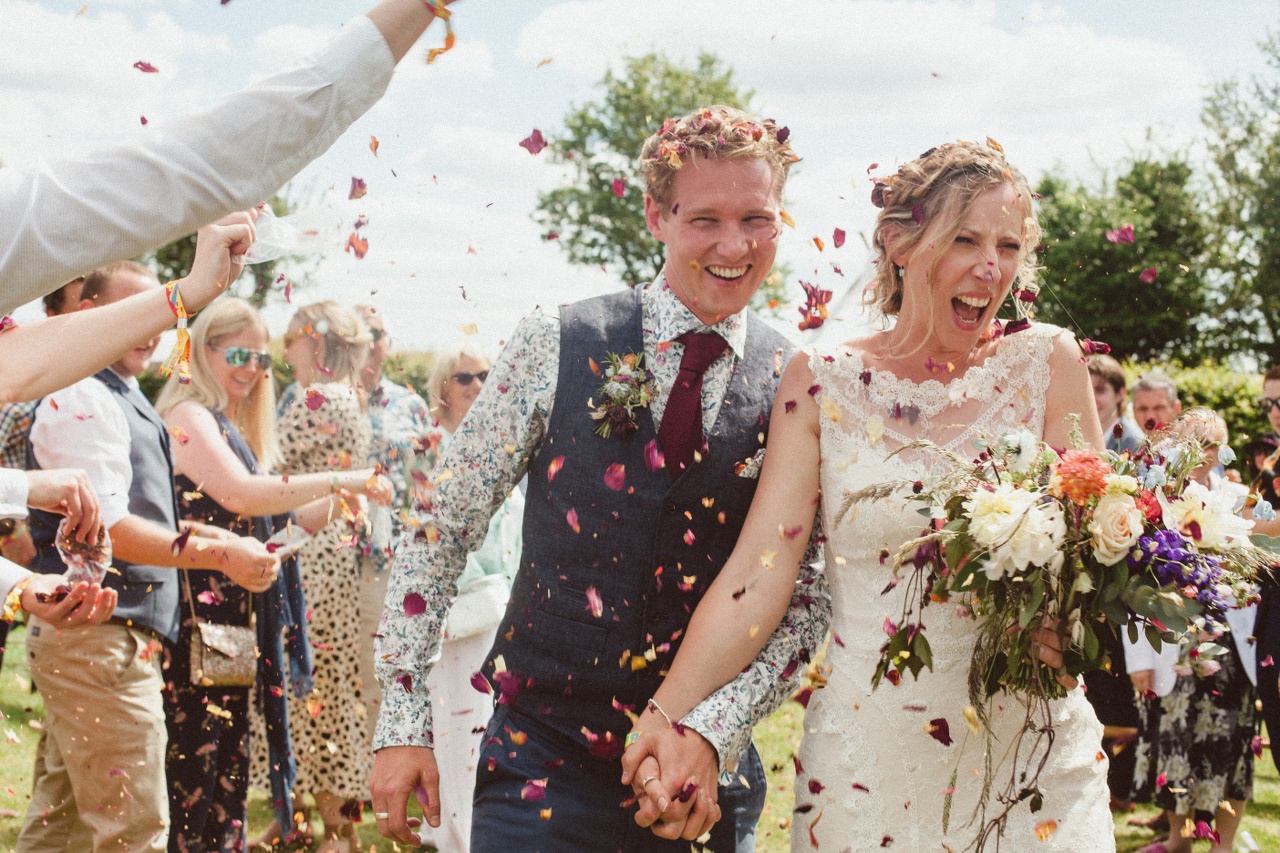 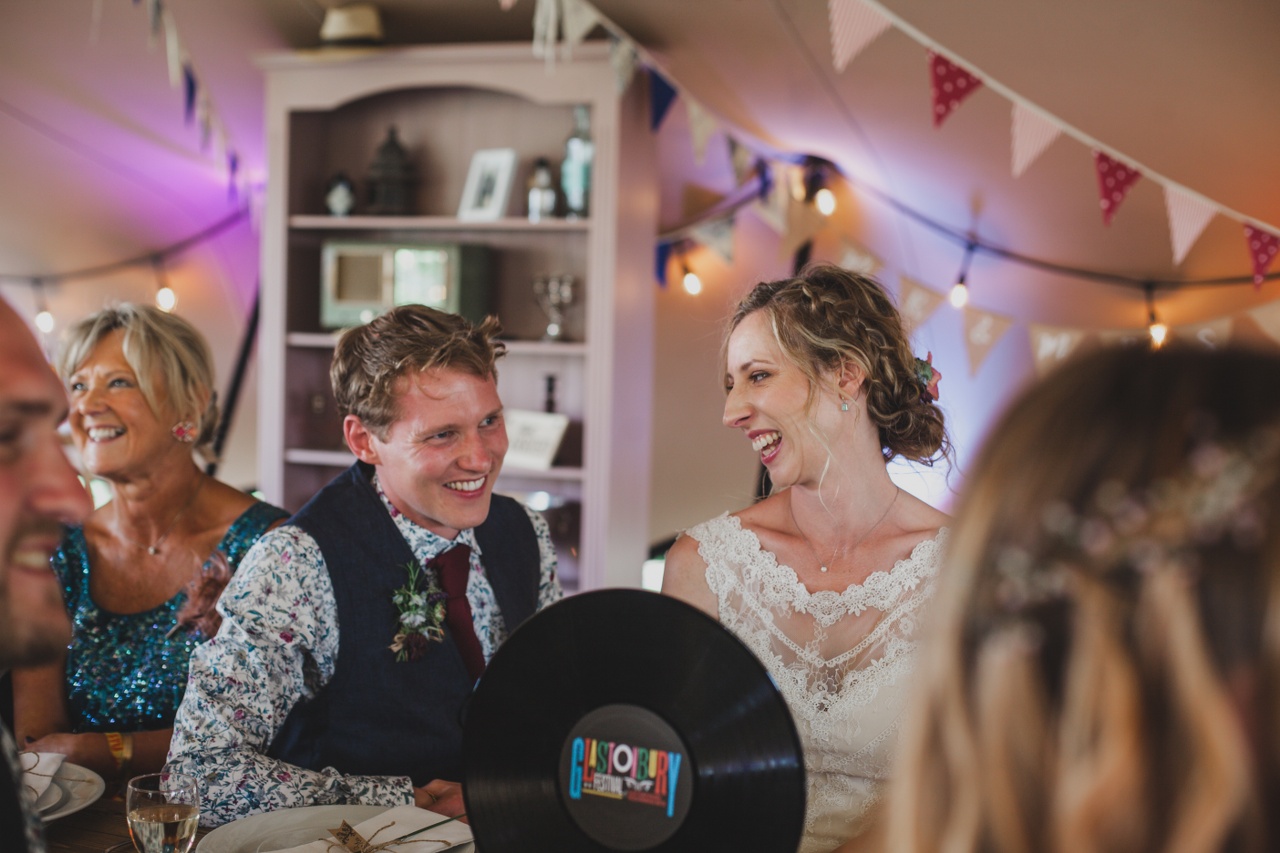 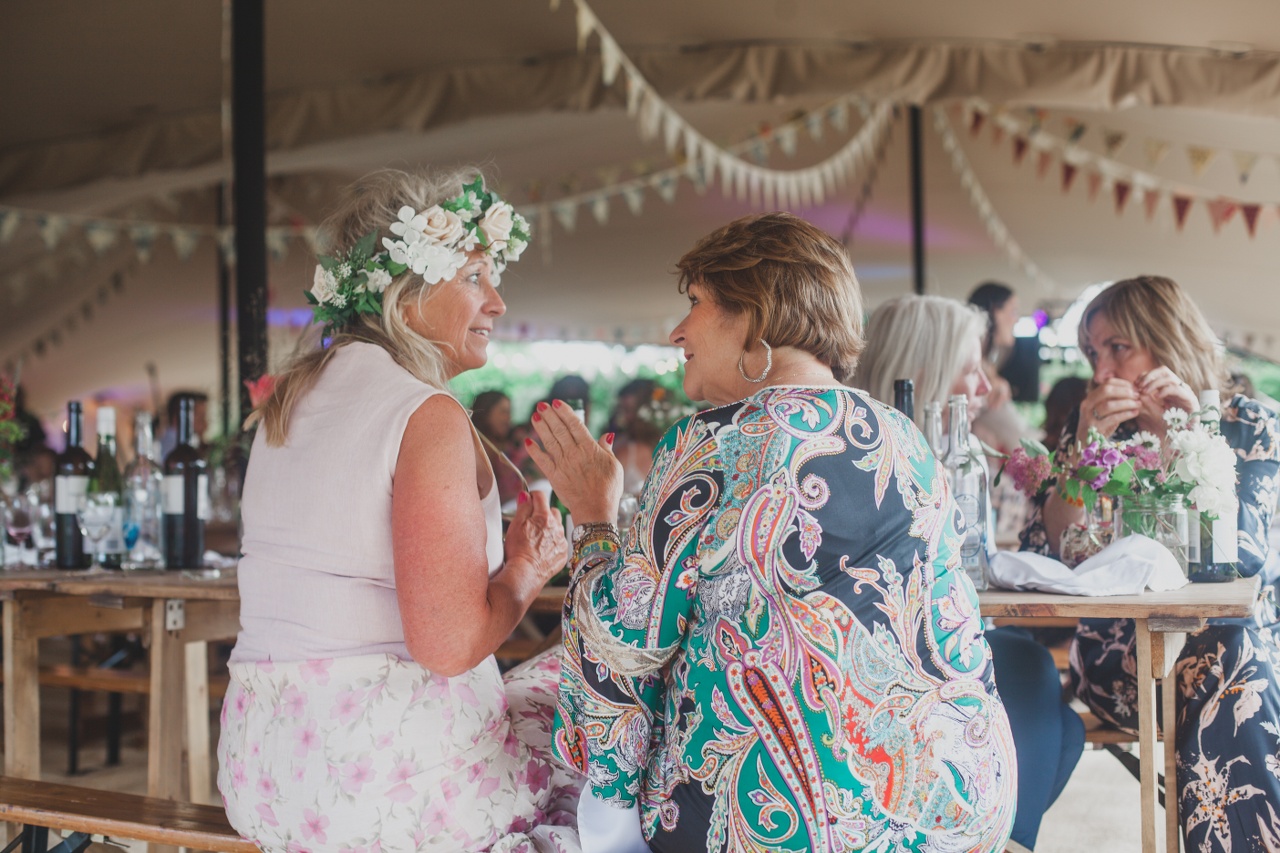 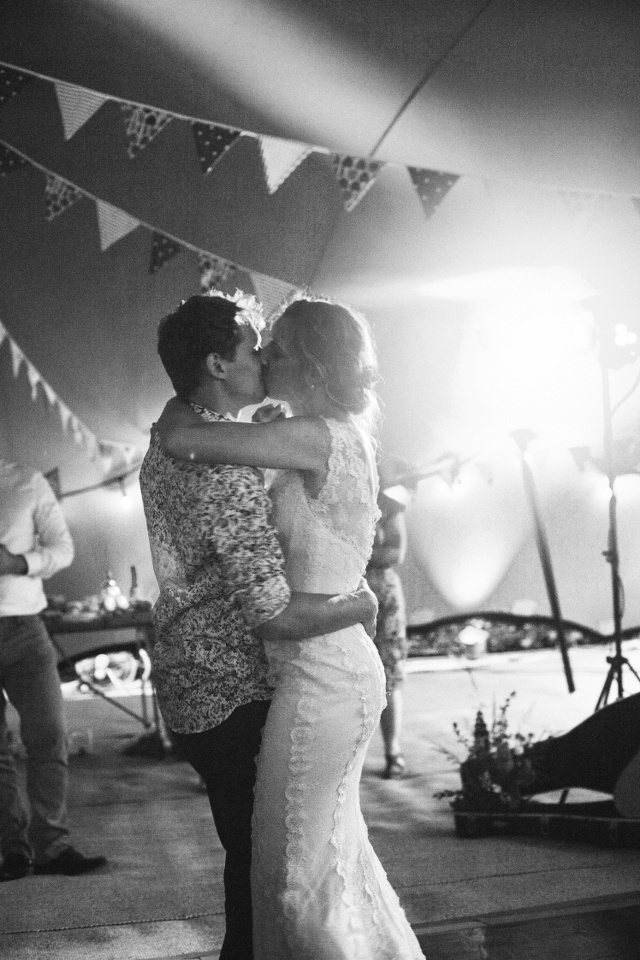 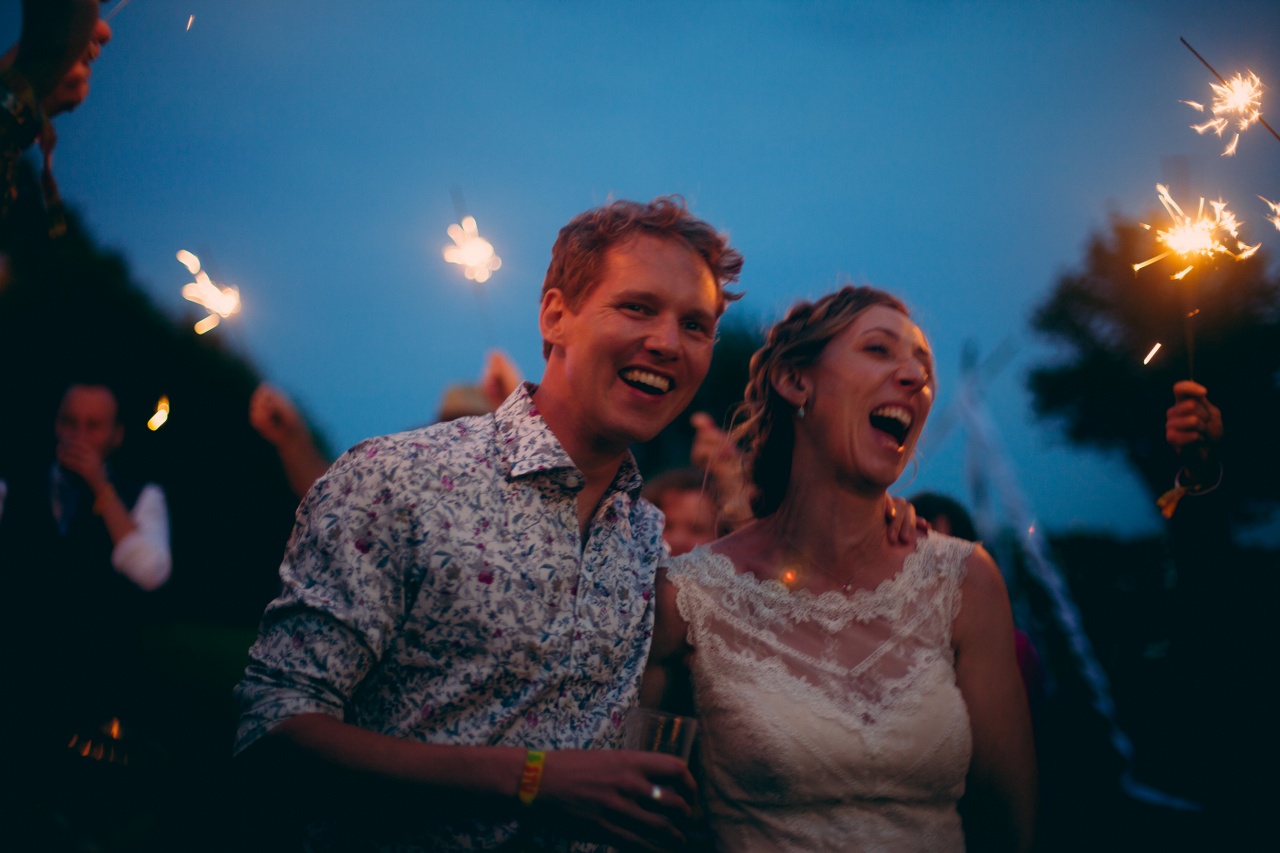 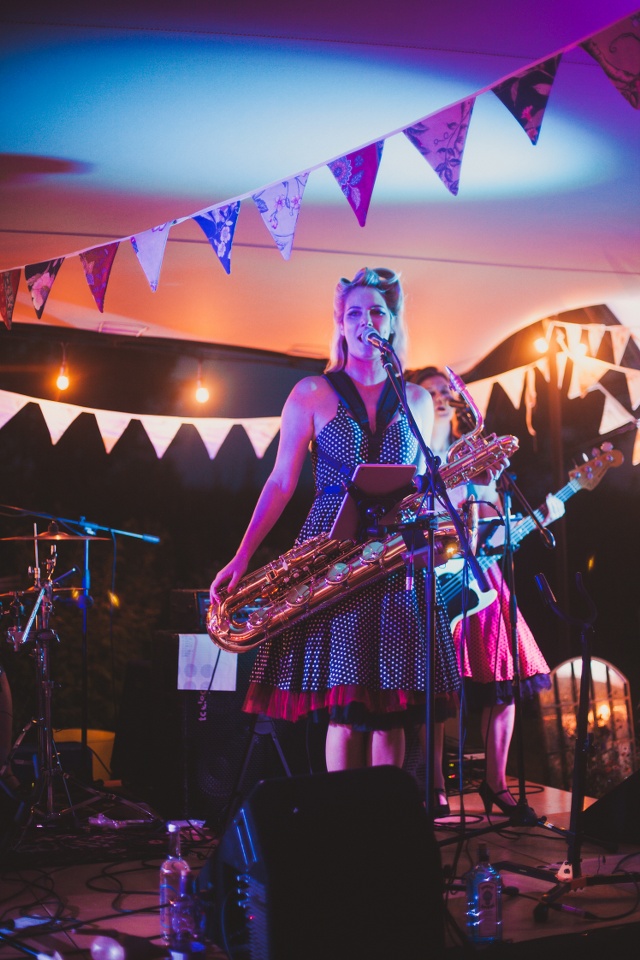 When Lois and Stu finally got married, they were just a few months shy of their 10- year anniversary. Stu proposed on top of the fields overlooking Britwell House in Southern Oxfordshire, and this was where they decided to marry. The couple had an intimate civil ceremony in the estate’s unique round room. Champagne and scrumptious homemade nibbles followed. We all took a walk around the breath-taking estate, taking pictures of the home before heading off to Freith in a dazzling row of old-modeled cars. The reception took place at Stu’s parent’s house, and the land had been transformed into a mini-festival. Fire pits dotted the plot, with all sorts of quirky, bohemian décor and knickknacks scattered around them. Stu’s sister conducted a creative ring-binding ceremony for the guests, followed by lots of nibbles and mingling before a proper, sit-down meal. After the speeches and once the sun fell, a series of performances took place, many of which included the bride and groom in their band! Sparklers were brought out alongside wood-fired pizza, as a final evening treat.